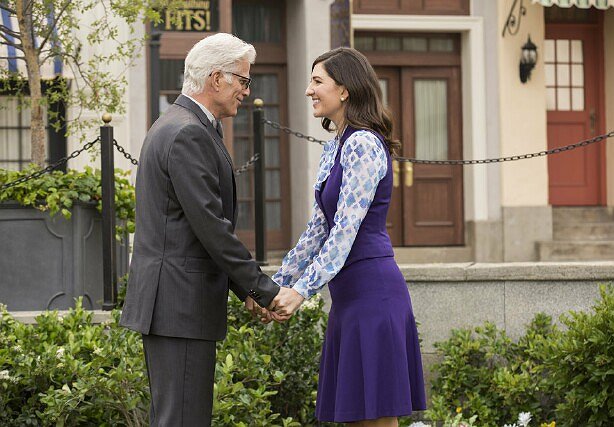 I added seam allowances to my panel pattern, cut out my panels, and stitched everything up, leaving the back seam open for the top 9″. However, I realized at this point that my seams, despite pressing, just weren’t staying flat. In the fitted sections of the skirt that was fine, but the flared sections were falling inwards at the seams due to the lack of support, and it interfered with the shape of the skirt. I decided to topstitch the fabric to the seam allowances on either side of the seams with a very, very narrow margin. It really helped the seams lie flat, and provided a little extra body to the skirt, which you can see on the before-and-after below.

After that I added my invisible zipper to the center back (the only one I could find on short notice was a 22″ zipper so I had to cut it shorter), then added a lapped waistband with a button. The waistband was cut on a curve and interfaced with lightweight iron-on interfacing to provide structure to the soft scuba knit. I’d originally intended to attach the waistband first and have the zipper go all the way to the top, but my fabric was thick enough that I was afraid that the bulky seam allowances would interfere with the workings of the zipper at the waistband seam.

Finally, I evened up the hem by trimming away the extra fabric points at the panel intersections, and pinned up a 1.5″ hem. Since the hemline was curved, though, I had to take steps to ensure it stayed smooth– first I topstitched about 1/4″ up from the hem to really set it in place (since this knit doesn’t press well). Then I ran gathering stitches around the top of the turned-up hem (separate sets for each of the nine panels) and drew up the threads just enough to make the hem fit into the curve– kind of the way you would do with horsehair braid. Finally, I hand-stitched the hem in place to minimize visible stitching from the right side. I could’ve just trimmed the hem close to the 1/4″ mark, but I wanted the extra thickness of fabric to help the skirt stand out just a bit at the bottom.