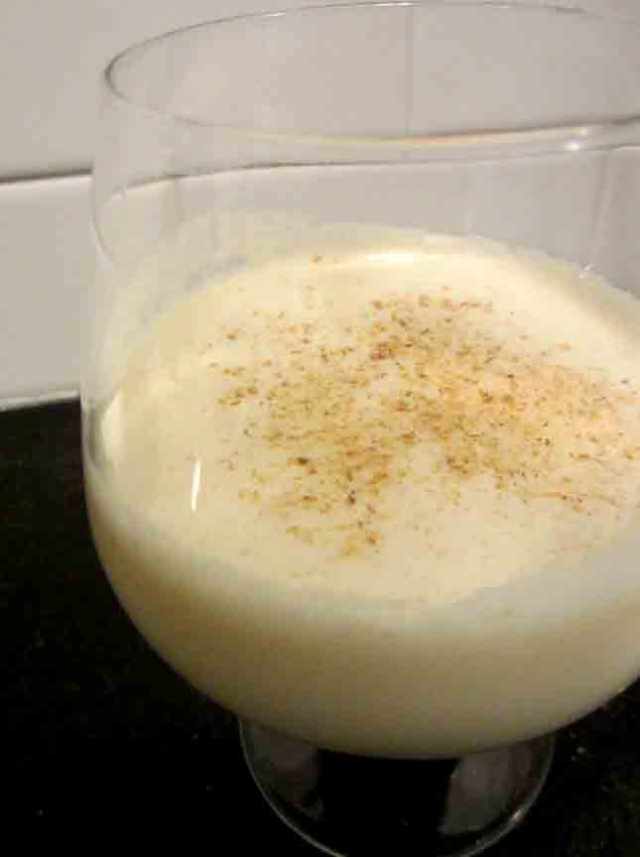 I was in high school before I learned that “eggnog” could be made at home, rather than just purchased in colorful cartons at the grocery store around Christmas– imagine my surprise when I discovered that some people made it from scratch, and that it was considered (gasp) refreshing! “Refreshing” was about as far from my experience of eggnog as it could get– eggnog as I knew it was sickly sweet and cloyingly thick. Probably based on that impression, despite my newfound knowledge I had no desire to actually make the stuff, particularly as it apparently involved raw eggs, which did not strike me as particularly palatable.