Taking a break from construction, it was time to get started on the most distinctive feature of the costume– the beetlewings! (a.k.a. elytra)

Most sources online agreed that beetlewings are too brittle to trim without steaming them first to soften them, so I was all set to start the steaming process…  But I decided on a whim to skip the steaming and see if a pair of regular nail clippers would do the trick. And hey, they worked!

I found that as long as I didn’t try to clip across the entire curve of the wing at once– instead putting the clipper only halfway across the curve at a time– the wings would clip cleanly the same way fingernails do. Since I was going for a really basic trim, just to remove the pointy end and the gnarly stuff at the wide end of the wing, this process worked perfectly. I think if I’d wanted to shape the wings more I might have needed steaming so I could use scissors, but as it was, I was just happy to avoid one more step.

END_OF_DOCUMENT_TOKEN_TO_BE_REPLACED

When I was in elementary school, there was a memorable occasion when the school hosted an exhibit of rare and exotic insects; they were displayed in glass cases in our cafeteria and each class of students got to go in and look at all of the interesting species. Personally, I was fascinated by the shiny/iridescent ones– the blue morpho butterflies and the gorgeously green beetles. I thought it would be so neat to have jewelry or something made out of them, but didn’t think it would actually be possible. It wasn’t until much later that I learned that the beetle carapaces, at least, were historically used to decorate clothing! 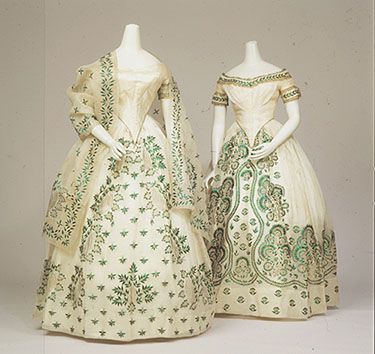 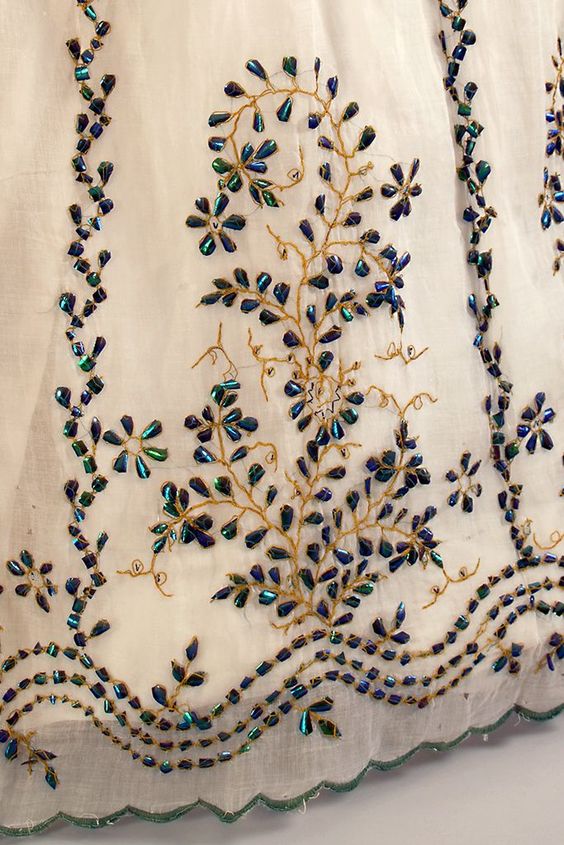 Perhaps one of the most famous examples of a gown decorated with beetle wings (not really the wings, but the wing casings) is the Lady Macbeth costume designed by Alice Comyns Carr and worn by actress Ellen Terry in 1888. It made such a splash that it was immortalized by John Singer Sargent the following year:

The original costume was recently restored by the Zenzie Tinker Conservation with funds donated to the National Trust, which means there are tons of closeup photos of the costume itself. It doesn’t look quite as fabulous as it does in the painting, or even as it looked over a hundred years ago, but then what does? 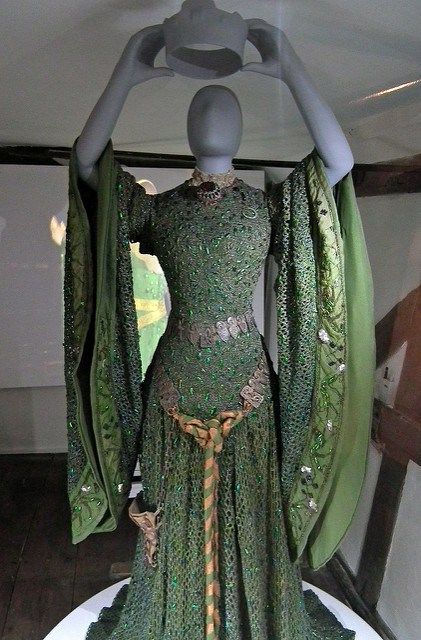 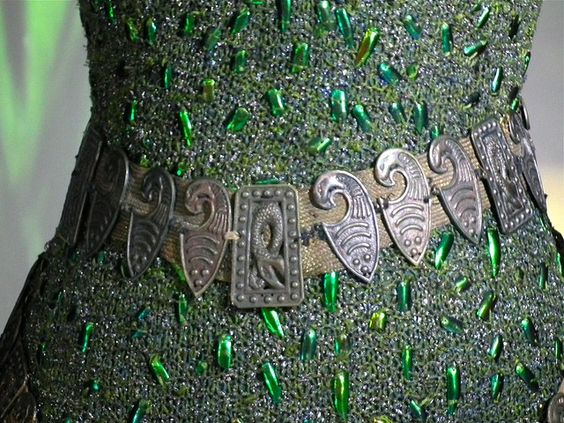 Anyway, the reason for all this background is that I’m going to make my own version of the Lady Macbeth dress for Costume College this year. (a friend of mine has dubbed it “the Scottish Bug Dress” and now I can’t stop thinking of it that way) The event theme is “What’s That Fabric?” and as the original dress was actually crocheted out of sparkling blue and green yarn, then decorated with beetlewings (both rather unconventional choices), I thought it would work perfectly. Add to that the fact that a group of us is getting together to wear dresses inspired by famous paintings, and it was obvious that this dress had to be made!

Edited to add: There’s a great article written by the lead conservator on the restoration process that has some wonderful details, here!