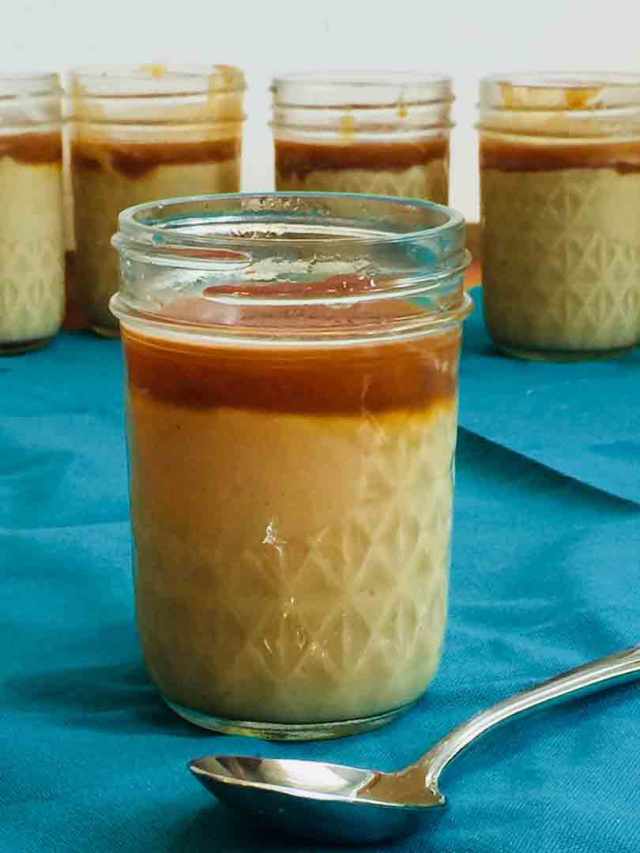 I admit to loving the idea of portable desserts in mason jars– it’s hopelessly hipster-ish, but they’re just so darned cute! Even better if they have distinct layers so they have extra flair from the outside. So when Deb at Smitten Kitchen posted a new “extra-luxe” recipe for butterscotch pudding the same week I had plans to bring dessert over to a friend’s house, it was as if the fates had spoken and decreed that I must make this pudding.

I assembled my mason jars and got to work– I ended up doubling the pudding recipe, which supposedly made six “petite” servings, and ended up with eight more generous servings, though the caramel sauce that accompanied it was enough for all eight without being doubled. The finished puddings were quite tasty– the sweet-saltiness of the caramel was a nice accent to the relatively mild butterscotch pudding (I used the recommended smaller amount of sugar you’ll see in Deb’s notes), and the texture was perfect.

That being said, I’m not entirely convinced that the extra cream and egg yolks in this recipe made it all that much better than the simpler, easier recipe for butterscotch pudding that Deb (and I) made before. I’m betting that if I topped the simpler pudding (made properly this time) with the caramel sauce from this recipe, it would be just as good while being a bit less calorie-laden.

1. In a medium, heavy-bottomed saucepan, combine brown sugar, salt, and water. Cook over high heat without stirring until the sugar smells extremely toasty– about 8-10 minutes. I will note here that the recipe said to wait for it to be “dark brown,” but since it was already very dark that wasn’t any help. I kept sniffing the sugar to see if it was burning, but that wasn’t any better because little bits of it had stuck to the sides and those burned more quickly. In the end, I cooked it for about 9 minutes and then chickened out. I think it could’ve gone for a lot longer.

2. This is because the next step has you pour your dairy in, and the recipe says that the molten sugar will seize up and need to be re-melted into the liquid. Mine didn’t do that, which tells me that there was still too much water in the sugar/water mixture that hadn’t been cooked out yet. Looks like I missed out on some extra caramel notes in my pudding, but it was still good.

3. While you’re bringing your dairy/sugar mixture back up to a simmer, get a separate bowl and beat your egg yolks, egg, and cornstarch together. Slowly drizzle in a cup of the simmering liquid to temper your eggs, then pour the whole thing back into the pot and cook until it thickens and goes “gloop” when bubbles rise to the surface. 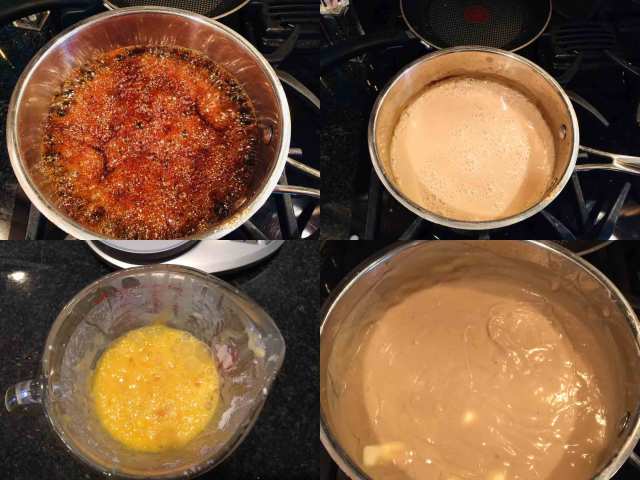 4. Stir in your butter and vanilla, then pour into cups and chill, covered with plastic wrap.

1. Once your puddings have chilled for at least two hours, you can get started on your salted caramel sauce. Combine sugar and water in a saucepan and cook over medium-high heat until it turns amber. You should avoid stirring, but swirl the mixture frequently to distribute the color. 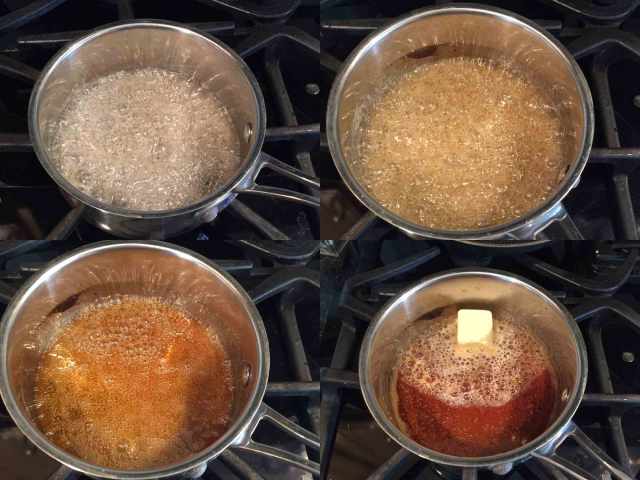 2. Once you get a nice amber color, remove from heat and add your butter (watch out for bubbling and hissing!) and then your cream.

3. Stir until smooth, then add salt to taste.

4. Once your caramel has cooled down to about 100 degrees F and thickened slightly, carefully pour over your cooled puddings and then put back in the fridge to chill completely. The sauce and puddings need to be reasonably cool so that the hot sauce doesn’t melt the top of the pudding and disturb the pretty layering.

These are delicious– rich and creamy, with just a touch of that sharpness you get from the addition of salt. Again, though, I think next time I’d just make a more standard cornstarch-based pudding and avoid some of the hassle and extra calories.