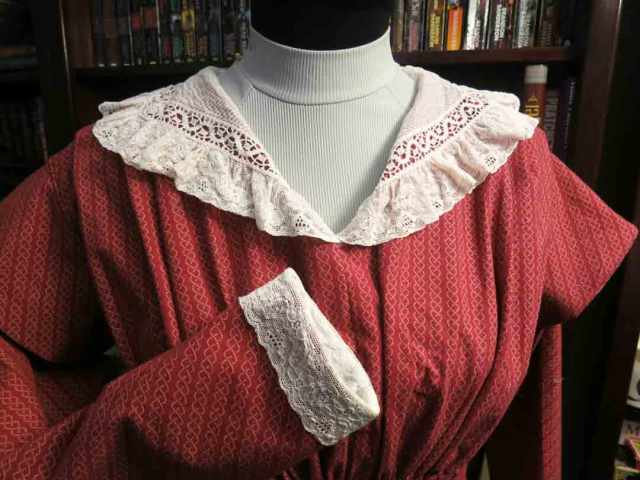 After I finished the main dress, I decided to add some decorative touches in the form of an antique lace collar and cuffs. I bought mine as a set on eBay, and while they may not be strictly period-accurate– I think the set is probably from several decades after the 1840s, at the earliest– they’re lovely and work well with the dress.

One issue I had was that the lace was extremely yellowed from age– I knew I’d have to whiten it somehow. Soaking in a baking soda solution did nothing, as did Woolite, so I brought out the big guns and soaked it for an hour in an OxiClean bath. That did the trick! A quick press with a warm iron and it was ready to use.

The collar itself wasn’t quite the right shape for the dress neckline– it opened in the front rather than in the back– but rather than cut into an antique I decided to stitch it down only on one side of the neckline and use tiny snaps to keep it in place along the other side. 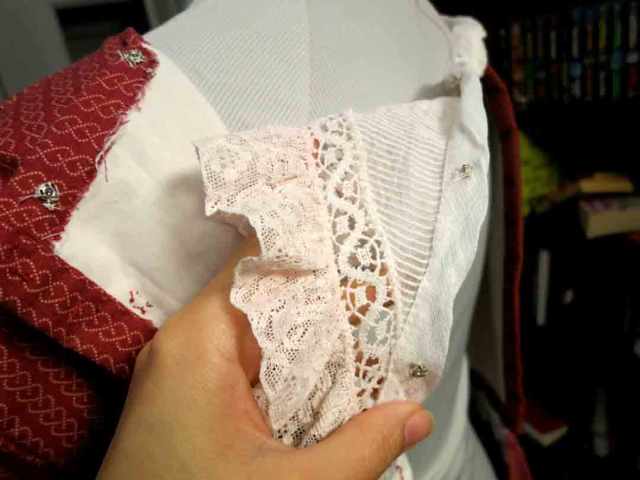 The cuffs were stitched directly onto the sleeves, overlapping them slightly since they were a bit too long.

I honestly don’t know if lace collars were popular in the period for fan-front dresses like this one– I more often see them on jewel-neck dresses rather than V-neck– but I like to think that the relative scarcity of images of extant dresses with lace collars is just due to the fact that the collars were detachable and thus not necessarily part of the gowns themselves.

Hey, here are a few that are reasonably close in shape and design: 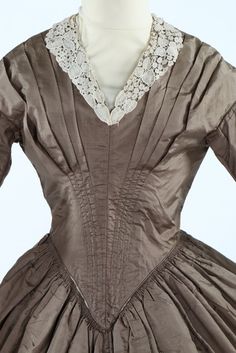 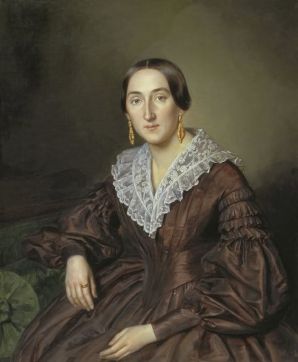 Besides, accurate or not I think the lace contrasts nicely with the fabric, and really makes the outfit.

I’ll be sure to get photos of the entire outfit when it’s done– stay tuned for a post about my coordinating bonnet!