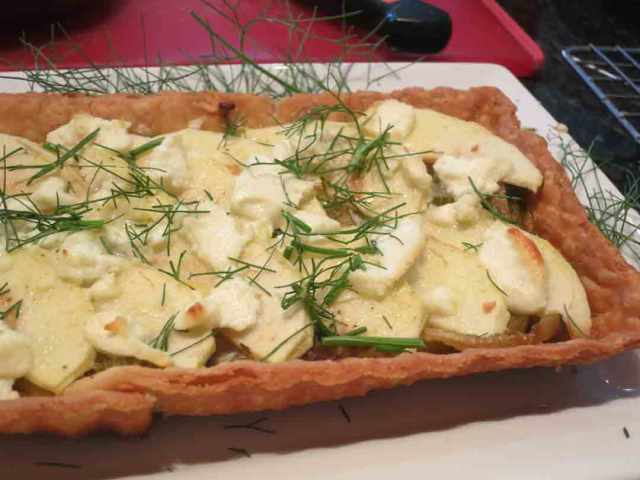 1 head of cauliflower, cut into 1″ florets (you’ll only use half)

1 large or 2 small onions, sliced thin (you’ll only use half)

1. Toss cauliflower florets with 2 tbs. of olive oil and roast on a sheet pan at 400 degrees F for about 30 minutes, until tender and golden brown.

2. While your cauliflower is roasting, sauté your onions in the remaining tablespoon of olive oil over medium heat with a large pinch of salt, until very tender and golden brown. This will take at least 30 minutes.

4. Take your pre-baked tart crust and spread the mustard thinly over the bottom. Top with a layer of caramelized onions, then with half of your roasted cauliflower. Pour your egg/cream/cheese mixture over it and top with grated parmesan. 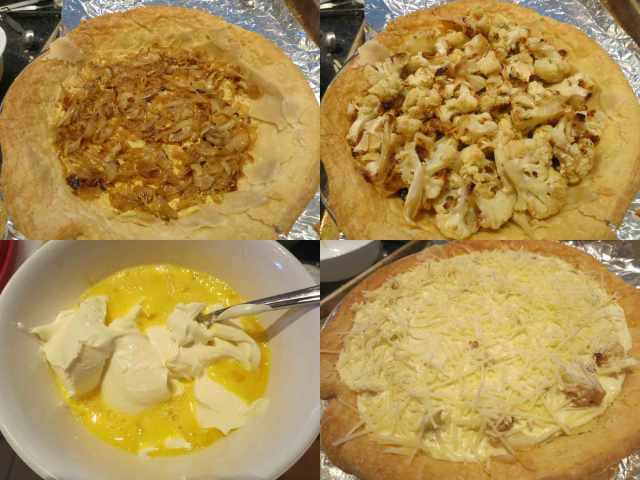 5. Bake at 350 degrees F for about 30-45 minutes, until the top browns and there is no jiggling in the center. Let cool for at least 10 minutes before serving. 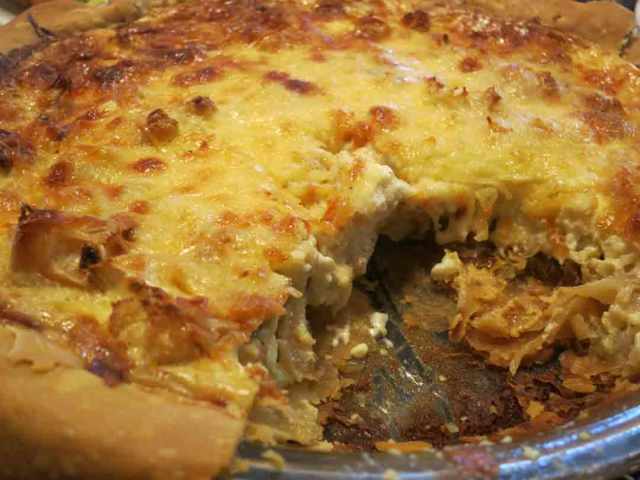 This was my favorite of the tarts, so if you have to pick one I’d say go with the cauliflower and onion. The mustard really makes the flavors pop!

Other half of the roasted cauliflower

Other half of the caramelized onions

1. Combine eggs, cream, and cheese in a large measuring cup, and season with salt and pepper.

2. Spread bacon jam over the bottom of your baked tart crust. Top with a layer of onions and a layer of cauliflower. 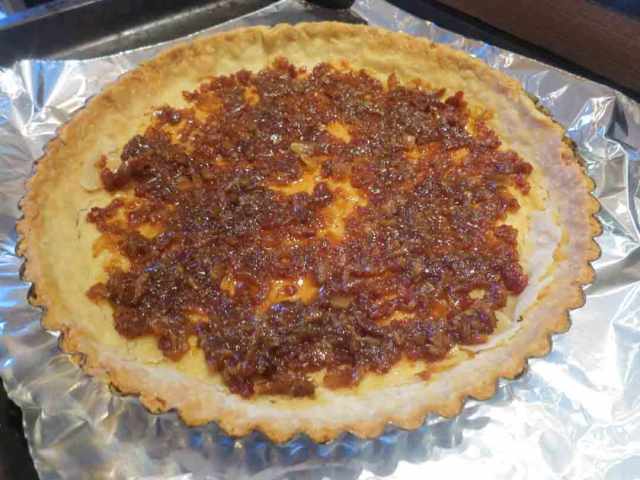 3. Pour custard mixture over the fillings and bake at 350 degrees F for approximately 35 minutes, until the center doesn’t jiggle.

Sorry, not a lot of pictures of this one, since it was last out of the oven and got served immediately to hungry guests! The sweet-spicy bacon jam was a nice way to round out the roasted cauliflower and onion flavors, though!

1. Sauté fennel with sugar in olive oil over medium heat until translucent and tender.

2. Arrange sautéed fennel in the bottom of your parbaked tart crust. Top with apple slices. 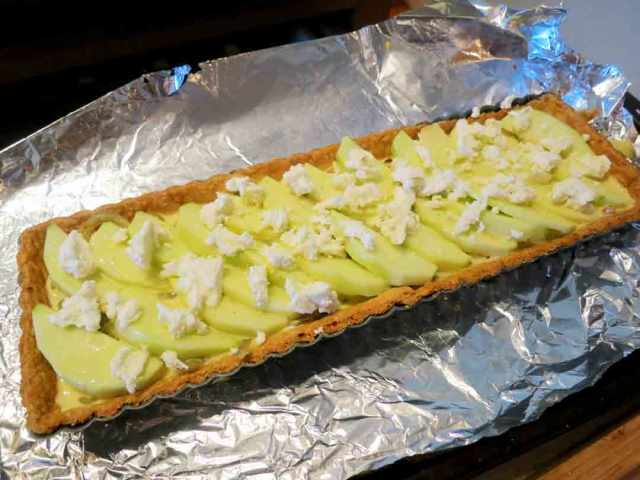 4. Combine eggs, cream, and salt and pepper to taste, and pour over the tart.

5. Bake at 350 degrees F for approximately 30 minutes, until eggs are set.

This one was the prettiest, but not the best-tasting– the fennel was too tough and the flavors never really melded. Also I think the custard ran out too much, leaving the tart kind of skimpy on the egg portion.

Anyway, hope you enjoyed my foray into savory tarts! Try one yourself– with a pre-made crust they’re really easy and you’ll look like a culinary wizard!