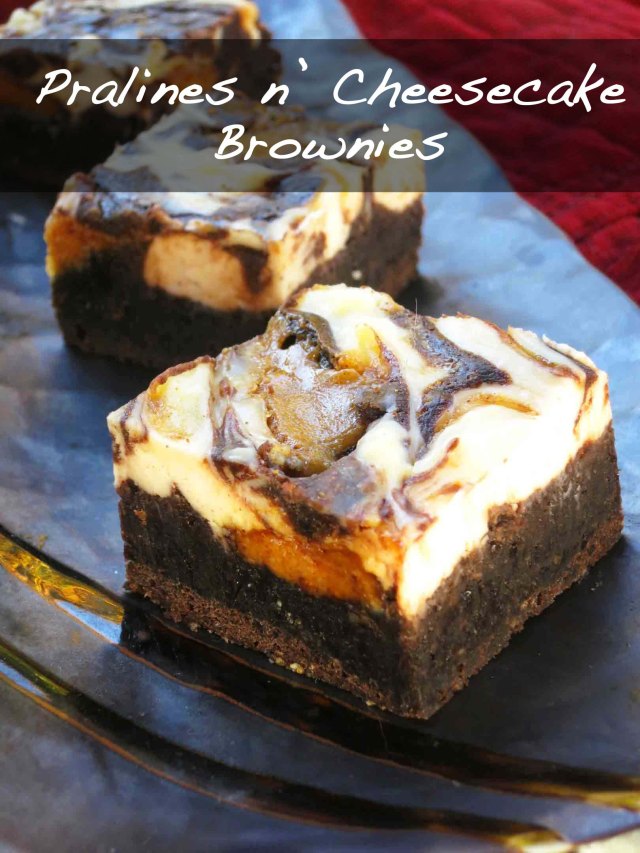 I was melting some chocolate chips in the microwave the other day for a glaze, and I threw in the 2 tablespoons of butter called for in the recipe, figuring they’d just melt together as they usually do. I’ve never had problems with melting chocolate and butter together before, but on this occasion I guess the combination of having only a small amount of butter, and having it melt slowly along with the chocolate, resulted in just enough water being released from the butter to make the chocolate seize.

Uh-oh. Seized chocolate. I hate it when this happens. Usually it’s the result of water getting into the chocolate, either from a bain-marie or from stray water droplets on a spoon or something, and I avoid it by going the microwave route. But I was well and truly stuck this time– the chocolate was the consistency of rapidly-drying mortar, and despite my melting some extra butter into it, hoping the fat would bring it back, there was nothing to be done. So I stuck it in the fridge and figured I’d make something with it later.

A week later the chocolate was still staring at me from the fridge and my husband and I were doing a fridge clean-out, so it was use it or lose it. I pulled it out, along with a partially-used block of cream cheese that was at least a month old and a jar of leftover praline paste from my Gateau St. Honoré, and tried to figure out something to do with them.

I flipped through Bittersweet, my favorite chocolate book (and I do have several), looking for ideas. I was having a friend over to hang out the next day and figured that I should make something tasty but not too complicated– something that could be eaten out of hand, like cookies or brownies. Unfortunately, my puny 6 oz. of melted semisweet chocolate chips (which are not exactly premium chocolate) wasn’t really enough for any of the really good recipes in the book, at least not the ones that met my criteria and didn’t involve whipping egg whites, which I wasn’t in the mood for. Also, I realized that since I prefer bittersweet chocolate in brownies, just using semisweet wouldn’t work– I’d need to add some extra cocoa in there somewhere for more chocolate flavor.

After searching for recipes that would involve both melted chocolate and cocoa, I found a basic brownie recipe that I thought might work. Then (as usual) I doctored it up beyond all recognition. Without further ado, I present:

Preheat oven to 350 degrees F and line a 9″ square pan with parchment paper.

1. Melt butter in a saucepan over medium heat.

2. Add chocolate and stir continuously until fully melted and incorporated.

3. Add sugar and mix thoroughly. The sugar won’t dissolve at this point, so it’s normal for your mixture to look gritty. Remove from heat and let sit for about 5 minutes. 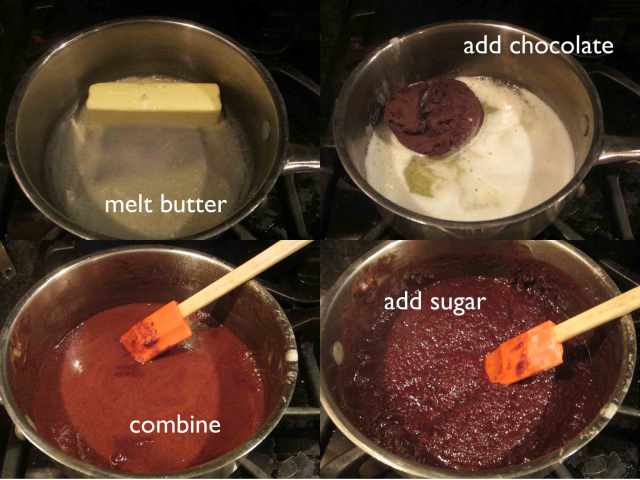 4. Beat in eggs one at a time (if you don’t let the mixture rest beforehand, your eggs may cook right then and there). Add the rum.

5. Add cocoa and salt and mix until smooth.

6. Fold in flour and mix gently.

7. Pour batter into prepared pan and set aside.

8. Get our your praline paste, and put the cream cheese into a small bowl and microwave for about 20 seconds to soften.

9. Mix the powdered sugar into the cream cheese until smooth.

10. Dollop praline paste and sweetened cream cheese over the surface of the brownie batter and swirl with the tip of a knife.

11. Bake 35-45 minutes, until the center of the pan no longer jiggles at all when shaken gently. The toothpick test won’t work on these (your toothpick will be covered in fudgy goo– but it’ll be thick goo, not liquidy goo), so you’ll have to watch the clock. If you like your brownies cakier, feel free to bake longer, but I like mine fudgy and like them even better chilled (which firms them up anyway), so I err on the side of underbaking. 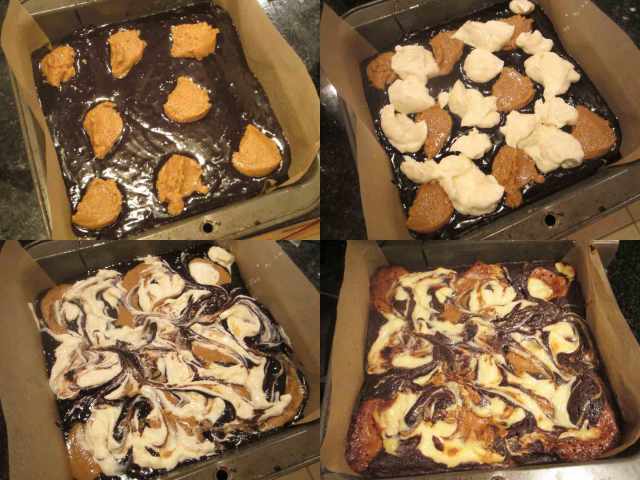 12. Let cool completely in the pan before slicing. Like I said, I like to eat brownies chilled, so I put the pan in the fridge once it came to room temperature and waited to slice until the next day.

These are amazing– the tanginess of the cheesecake layer contrasts nicely with the dark chocolate brownie and the slightly burnt caramel notes of the praline paste, and the texture is perfectly dense and fudgy. The edges are a bit crunchy but the inside is just right. I cut my 9×9″ pan into 16 pieces and the brownies were so rich that I probably should’ve cut it into 25 pieces instead. I will absolutely be making these again, even if I don’t have seized chocolate to use up. 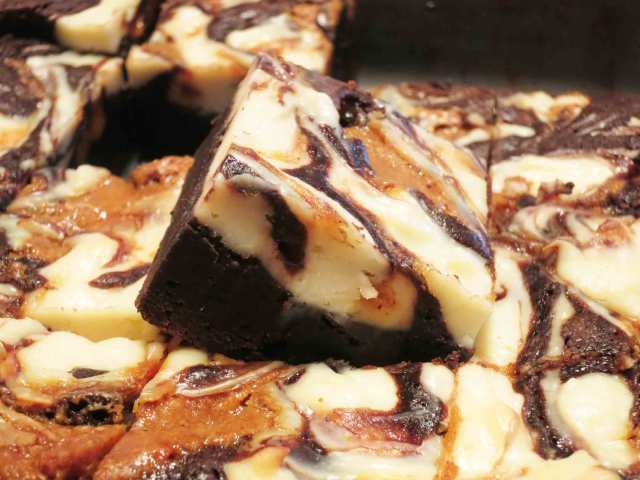 3 thoughts on “Pralines n’ Cheesecake Brownies, or What to Do With Seized Chocolate”